Presentations of Diamond Jubilarian certificates were made to Brothers Pat Maloney and Eric Mullen by Province 21 Grand Knight Steve Mc Millan.  The PGK congratulated them on their long service and wondered how many other Bros would ever receive these certificates.
​
Bi-annual School Quiz
​ 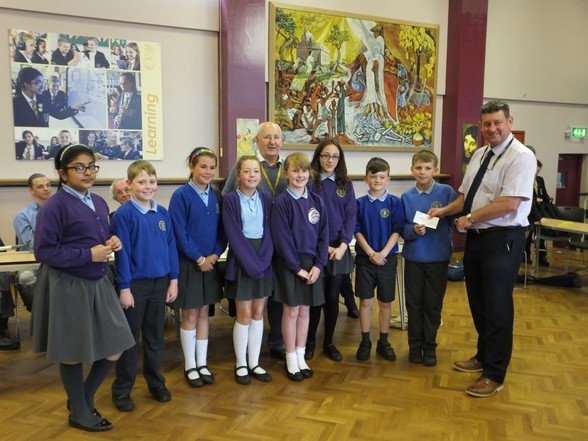 The winning team was from St Anne's and St Joseph's with Sacred Heart second and St Mary's Oswaldtwistle third. A honorary second was given to the Mount Carmel year 7 pupils.

Prizes were presented to each team by the Head of Mount Camel, Xavier Bowers. 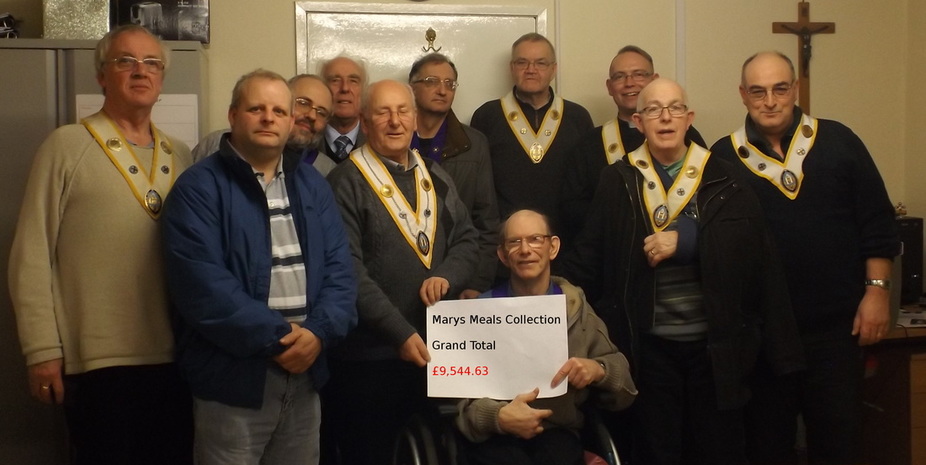 Mary's Meals  was the National Action Project for the KSC organization for 2015, their income provides meals for school children in Africa.

Collections were made at several churches throughout Council 188 which raised £4029.46 which when match funded by the government gave a grand total of £9544.63.

The council would like to thank all parishioners who gave generously to the cause. 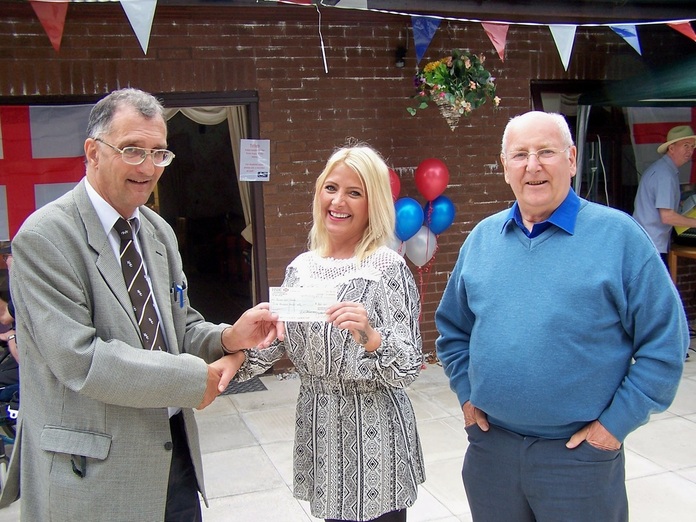 Brother Paul Cain, of Accrington  Council 188, of the Knights of St. Columba, is seen presenting a cheque for £300 to Andrea Buckley, Manager of Rough Lee Home for Disabled Adults. The Home is celebrating their 30th anniversary this year. The money was raised by the Brothers of Province 21. Looking on is Paul Moxham who is the Grand Knight of Council 188. 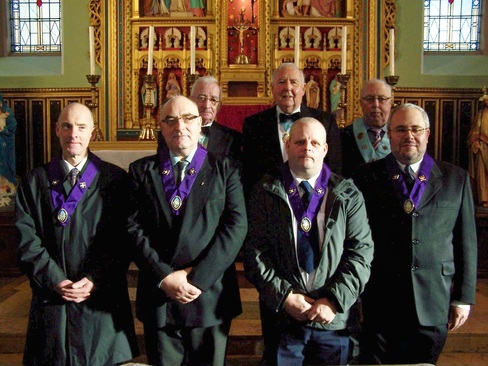 Sunday 7th Dec 2013 at the 11am Mass at St Anne's Church, Accrington was a   full Knighthood Ceremony conducted by the Provincial Grand Knight of Province   21. The  Knights are from Accrington Council 188. The celebrant was Rev Fr Simon  Stamp. On the back row (L to R) are the DPGK Peter Greenhalgh, the PGK Ray  Williamson and the Provincial Warden Terry Lord. The front row (L to R) are the  newly installed Knights, Bros. Paul Toman, Jed Gregory, Dr David Richards and  Andrew Szlaz. After the ceremony, in a short speech,  the PGK thanked Fr Stamp  for his inistrations and spoke to encourage men, of any age to join the Knights. The GK of Council 188, Bro Bernard Holden, presented Fr Stamp, our   Chaplain, with a framed Certificate of Hourable Membership. Leaflets  had  also  been  placed at the rear of the church giving information about the  Knights in  general, and a form giving the times of our meetings enabling them  to join us